A1 Beach Rentals
1-503-232-5984
Once you’ve booked a beach home rental Lincoln City will be waiting for you to discover its unique tradition centered around blown glass on the Central Oregon coast. Each year volunteers hide 3,000 glass floats along Lincoln City’s seven miles of coastline between mid-October and Memorial Day, and the public are invited to take part in the hunt. But how did this tradition start, and who are the artists that make it happen?
A 21st Century Tradition
Visitors who walked the beaches of Lincoln City, Oregon in the early 20th century often found glass floats that Japanese fishing vessels left behind after releasing their nets in the waters miles away. These little treasures were highly collectible and continued to increase in value as fishing crews the world over adopted buoyant plastic to cast out their nets. Though the last Japanese-made glass floats disappeared from the Oregon coast long ago, a new era of glass floats on the beach would begin as the 20th century drew to a close. A local artist came up with the idea in 1997 as a way to celebrate the upcoming millennium, and the city inaugurated the Finders Keepers project in 1999. By Memorial Day of 2000, the first season of Finders Keepers had attracted thousands of visitors from around the country who were intrigued by this unique opportunity to enjoy the outdoors while appreciating art.
Since the inaugural season, local artists have produced more than 3,000 glass floats and other works of blown glass art every year, with numbered floats corresponding to the current year. This year there will be 2016 official glass floats that lucky beachcombers can find and register to receive a Certificate of Authenticity. With some of the best vacation rentals Oregon has to offer, though, you and your loved ones are sure to remember your Finders Keepers season whether you find a float or not. 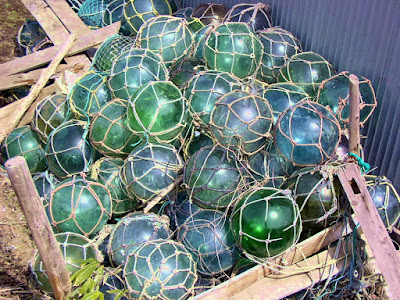 Whether you’re looking for a large family home to rent or a snug condo rental Lincoln City is ready to accommodate you and your loved ones this Finders Keepers season. With so many amazing artists sharing their work with the world, you’re sure to leave with something special by the time your Oregon holiday is through.